Anchoring bias: don't get stuck with a fixed idea

You see a €50 T-shirt in a department, and a few minutes later another at €35. Good deal, it’s really cheap! Still, if you had seen the €35 T-shirt in the first place, you might not have found it so cheap. The anchor - the first price observed - undoubtedly swayed your opinion. 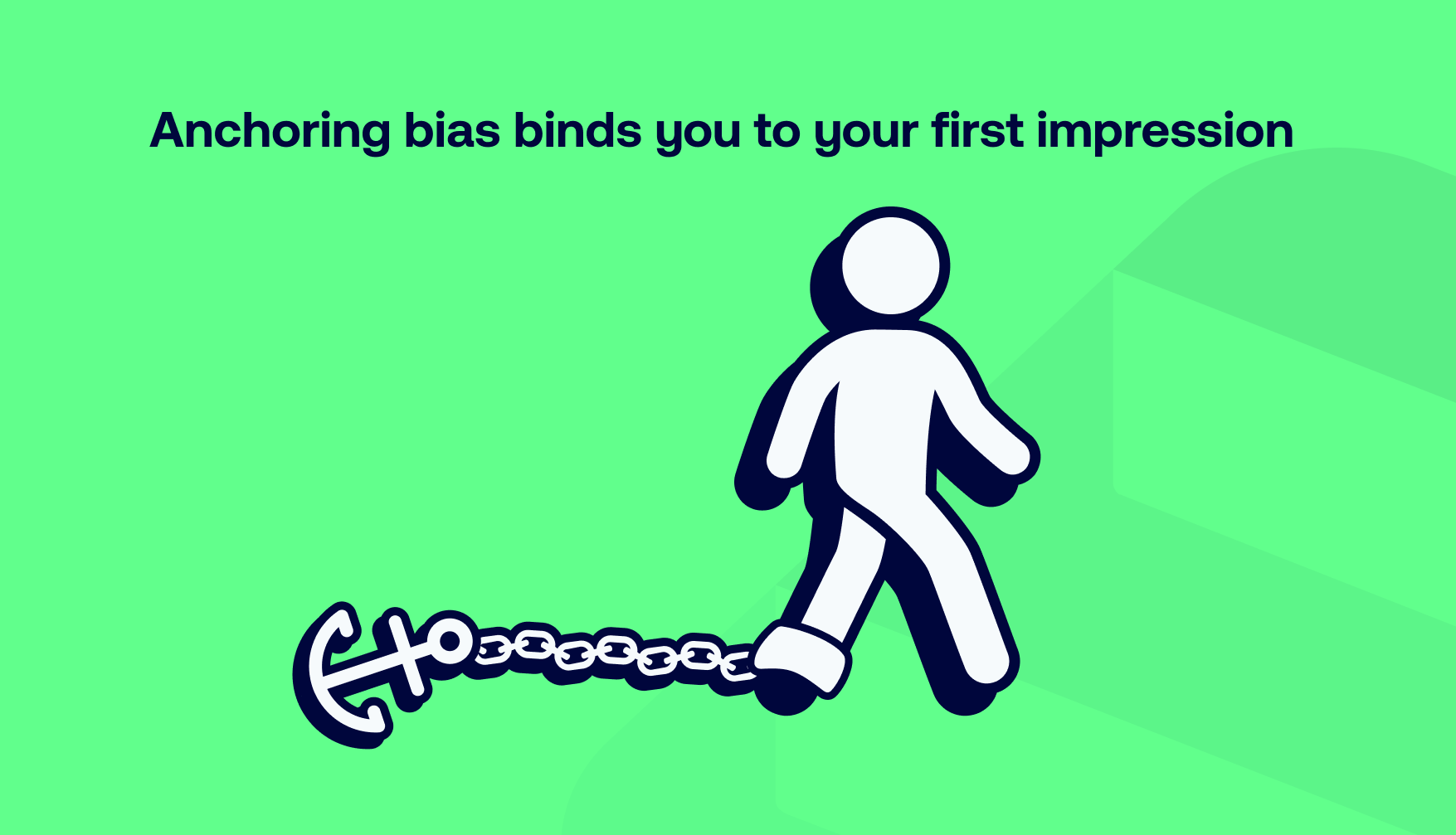 Anchoring bias consists of giving too much importance, when making a decision, to pre-existing information or to the first information received. If we stay in the clothing department, we will notice that the principle of sales fully exploits the anchoring bias: by giving the consumer an initial price and a reduction, we are led to believe that the new price underestimates the garment, whereas nothing proves it.

When intrinsic value is difficult to assess

Anchoring bias is particularly present in situations where the intrinsic value of the good in question is difficult to assess: typically currencies, often also equities, but also certain consumer goods to which a predominantly emotional value is attributed.

Not just a question of price

Anchoring bias also manifests itself in contexts unrelated to the value of things or to quantifiable elements. In a debate of ideas, one another's opinion is thus often influenced by what was expressed in the first place.

If you are asked today how the action of Amazon will evolve for example, your first instinct will probably be to look at what level the action is today and to build hypotheses from this point of reference or “anchor point”, while the best parameter to study remains the company's cash flow projections. Likewise, traders are prone to anchor bias when they base their decisions on arbitrary price points such as their entry price or target price.

The power of first impression

The risk for investors is to hang on to losing trades by keeping an initial purchase price as the anchor price. Convinced that their first impression was the right one - that of having bought a cheap asset - they may overlook new information that could influence the value of the asset and make bad decisions.

Financial analysts whose job is precisely to make cash flow projections and thus best value companies are also sometimes subject to anchoring bias: if their projections are too far from the current price (= the anchor), some arrange them to get closer to them!

In passive investing, it is assumed that the market is efficient and that no one will beat it in the long run. Of course, the anchor of any investor, even passive, will remain the initial value of his portfolio. But without timing constraints, don't worry, because unlike trees, markets go up to heaven!