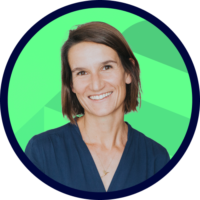 In 1970, economist and later Nobel Prize winner Eugene Fama introduced the “efficient financial markets” theory, based on two main assumptions: the rational behavior of agents and perfect information. However, whether in their relationships, preferences or purchases, humans are often unpredictable ... even irrational. This was demonstrated 30 years later by another Nobel Prize winner, Daniel Kahneman, through his in-depth study of "cognitive biases". Easyvest is devoting its first "summer series" to it.

What is a cognitive bias?

The term bias refers to a systematic deviation of logical and rational thinking from reality. A "cognitive" bias is therefore a distortion in the processing of information by our brain. Cognitive biases influence our beliefs, our reasoning, the way we make decisions and our social behaviors.

There are dozens of cognitive biases identified in psychology and behavioral economics. The numerous studies carried out on the subject make it possible, to a certain extent, to classify cognitive biases according to their causes: one distinguishes, for example, biases linked to the information process (generally, mental shortcuts), social biases (involving other people) and memory biases (which will reinforce or on the contrary reduce the importance of a memory).

Are cognitive biases necessarily negative or, on the contrary, can they result in useful behaviors? The theory of evolution has shown that our psychic reflexes, linked to the reptilian brain, tend to protect us rather than harm us. For example, it has been shown that when we meet someone for the first time, we tend to ask them consensual questions, which attract ready-made answers. This would actually reflect social skills and our ability to relate to others. Likewise, when faced with the fear of doing wrong, the bias of overconfidence - feeling above the average - would also be a very useful motivational tool.

The efficient market according to Fama

In Fama's theory, if agents' expectations are rational, the price of a traded good will at all times be the best possible estimate of its true value. The other assumption is that all the relevant information for the valuation of goods is available, free of charge, to all market operators. An “efficient market” is therefore an economy where the agents are all rational, and react instantly and adequately to any new information.

However, the evolution of stock market prices has regularly highlighted the irrationality of many investors in certain situations. Stock market trends, bullish or bearish, are often explained in part by a series of collective under- or over-reactions to the information in circulation: the vast majority of investors react too optimistically to good news, and too pessimistically to bad ones. These trends can lead to extreme price levels and out of proportion to economic fundamentals: these are called financial bubbles or crashes.

The advent of behavioral finance

Analysis of these mechanisms is the basis of what is called behavioral finance, which shows that investors' decisions are affected by their beliefs and emotions rather than just economic fundamentals. The Israeli Daniel Kahneman is the father of this discipline; his "prospect theory" won him the Nobel Prize in Economics in 2002.

This theory describes how individuals asymmetrically assess their prospects for loss and gain. To give a very simplified example, the pain of losing 1000 dollars could only be offset by the pleasure of winning 2000 or even 3000 dollars. This asymmetry of fear and pleasure is the explanation for most of the cognitive biases. With this discovery, Kahneman was able to scientifically explain why we make irrational investment decisions.

But ultimately, is the market efficient, inefficient, or partially efficient? Common sense suggests that there is a share of "reasonably rational" investors who have a pretty good idea of the nature of fundamentals and their impact on prices. But on the other hand, there are irrational investors who react to false information or who make decisions without any economic basis.

Overall, the market is more efficient than inefficient

Although behavioral finance has shed light on certain limitations of efficient market theory, most experts agree that at any given time, there is a significant fraction of agents rational enough to bring markets to “relative efficiency”.

As long as the market is efficient, it is impossible to beat it. This constitutes a very convincing argument in favor of the so-called “passive investment” strategy, which consists in forming a portfolio that is a proxy for the “market portfolio”, which would contain all the securities traded on the market in proportion of their market capitalization. In fact, in passive investing, it is rather accepted that the market is efficient in the long term: the inevitable anomalies are short-term phenomena quickly incorporated by the market; in the long run, these effects tend to be smoothed out and beating the market is almost impossible.

During the summer, we will post a series of blogs dedicated to the cognitive biases most encountered in behavioral finance. Enough to fuel the conversation with your beach towel neighbor, but above all to better analyze your own decisions and - without seeking rationality at all costs - to help you take those that will best support your long term investment objectives !