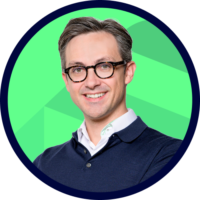 How does the belgian pension system work?

Since Roman times, states have sought to provide income to their retirees through a “pension system”. Currently, in Belgium, pension income comes from 4 pillars: legal, occupational, personal, and other savings. This complex system is at the heart of the financial challenges faced by every saver. Figuring out exactly how much income you will have in retirement is a question that requires careful planning, as well as the right advice and tools. 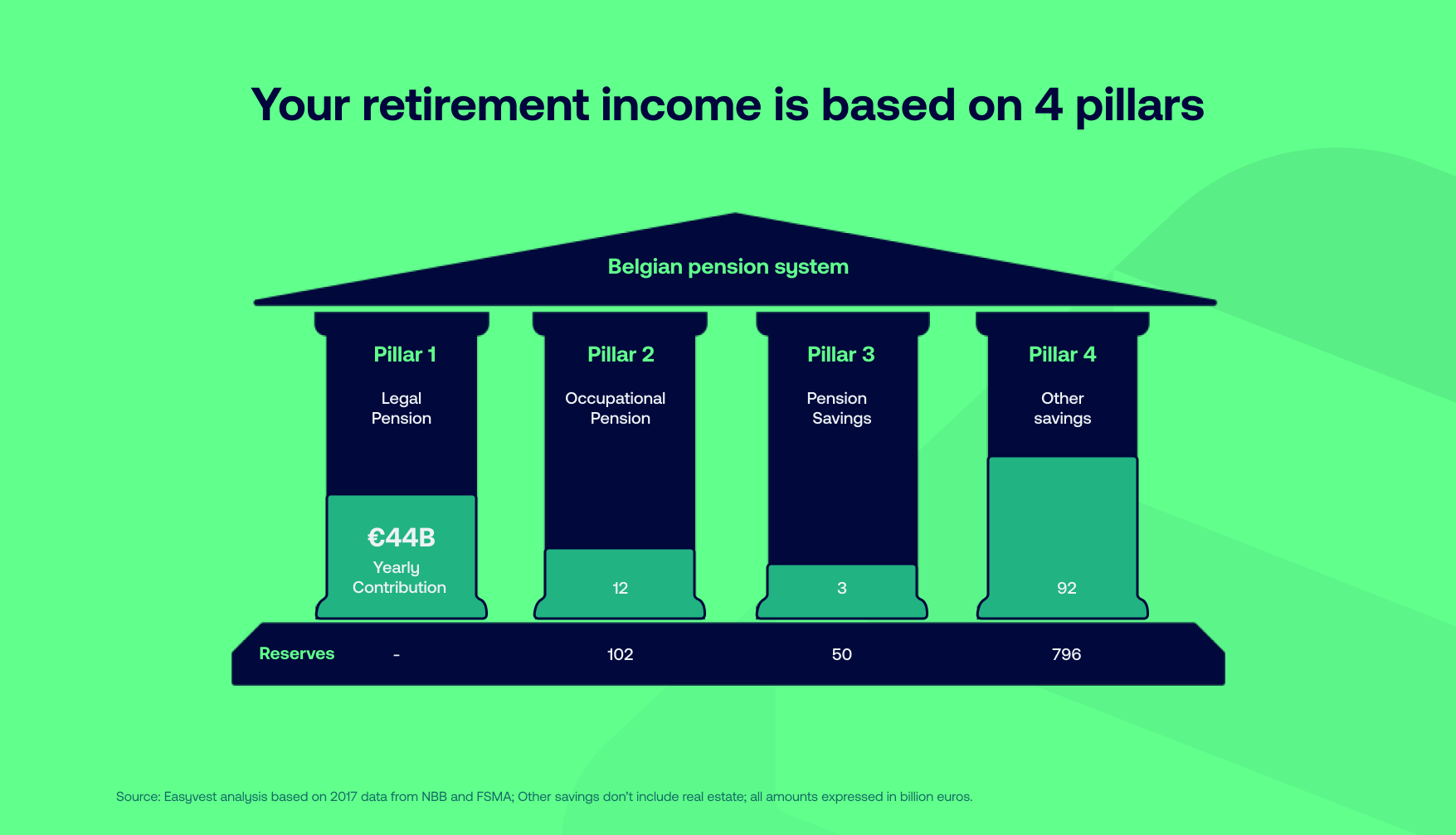 What is a “pension system”?

A pension system is a mechanism by which a State guarantees its citizens that they can maintain a decent standard of living during retirement once they don’t generate income from work anymore.

Origins back in the Roman Empire

The first pension system appeared in the Roman Empire when, at the age of 45, legionaries were given land to cultivate at the end of their careers. The idea was to prevent poor and hungry generals from overthrowing the existing power with their skills and loyal troops.

This approach continued throughout Europe where monarchs distributed arbitrary pension annuities to subjects deemed deserving. It was with the French Revolution that states began to establish universal pension systems in order to calm social problems.

1844, birth of the first Belgian system

In Belgium, it was in 1844, after the country's independence, that the political elites implemented an embryonic legal pension. This system only applied to civil servants who received a state pension from their 60s.

The CGER/ASLK, a major player in the pension system

As early as 1865, other workers were able to save for their pensions through a "Caisse d’Epargne et de Retraite / Algemene Spaar- en Lijfrentekas" and in return received a supplementary pension from the State. This is the venerable CGER/ASLK, the same that was privatized in the 1990s by Fortis Bank.

Currently, there are three separate pension systems based on professional status: civil servant, employee, and self-employed. Since the creation of Social Security in 1944, a pension reform has been introduced approximately every 15 years leading each time to more convergence between the systems.

A pension system based on 4 pillars

The current Belgian pension system is based on 4 pillars which are all sources of retirement income: (1) legal pension, (2) occupational pension from work, (2) personal pension savings , and (4) any other source of savings (e.g. savings account, stocks, real estate.

Many similarities between developed countries

Pensions are a national matter: there is no single system at European or world level. Nevertheless, the pillar system exists in several OECD countries which consult regularly on the subject; This is illustrated by easyvest's intervention at the Paris Conference in 2017.

The legal pension as the 1st pillar

The 1st pillar is the monthly amount paid by the State to a retiree until his death. It also bears the name of statutory pension or social security pension. In 2017, the state pension budget amounted to €44B for 2,4 million beneficiaries, or an average of €1.500/month.

The pension at 65 is soon a thing of the past

In Belgium, the pension age is currently set at 65, the age from which the State begins to pay the statutory pension. This age will increase to 66 in 2025 and 67 in 2030. Several exceptions described on the website of the ministry exist, in particular for careers over 40 years.

Self-employed receive less than others

The legal pension of a self-employed person is on average €900/month, well below that of other categories of workers. However, historically, it is less the act of the State than that of the liberal professions who have long been fierce in the State's interference in their finances.

The 1st pillar operates on a "pay-as-you-go" principle: part of the income tax paid today by workers is directly used by the State to pay all statutory pensions for retirees. It is a social mechanism for transferring wealth.

A system in danger

The pay-as-you-go system only works if a balance is respected between workers who contribute and retirees who receive. However, this is no longer the case: the massive arrival of the Baby-Boomers generation (1950-60) in retirement causes an imbalance which increases the pressure on the system.

A "pay-as-you-go" system is opposed to a "capitalization" system in which each worker invests his own money to generate capital for his own pension. Pillars 2, 3 and 4 are capitalization systems essential to alleviate the pressure on the pillar 1 pays-as-you-go system.

A capitalization system therefore accumulates capital reserves. Currently, this stock is equivalent to more than 2x the gross domestic product with around €100B in pillar 2 group insurances, €50B in pillar 3 pension savings and €800B in pillar 4 savings.

The occupational pension to supplement the legal pension

The 2nd pillar consists of investments made by an employer in the broad sense for the future pensions of its employees, in exchange for a significant tax break. This pillar includes a lot of fiscal niches to be optimized (e.g. CIPA, PIPA, FSP, NIHDI). Each year, around €12B are contributed to it.

Personal pension savings, better than nothing

The 3rd pillar consists of investments made on a personal basis in dedicated pension vehicles, in exchange for a tax benefit. These are mainly pension savings in which anyone can invest around €1.000 per year in exchange for a 30% reimbursement of the investment by the State.

A 4th pillar including any other form of savings

The 4th pillar is informally considered to be part of the pension system. In fact, these are all other savings held by an individual: debit accounts, savings accounts, regular investment accounts, investment life-insurances, or rented real State.

Getting the most out of this system starts with a simulation

The Belgian pension system is unfortunately complex due to the large number of tax rules and investment options. easyvest puts at your disposal a pension planning tool unique in Belgium to help you determine exactly what income you will have at pension to make sure you won't miss anything. Our advisers are also always available to assist you by phone, chat or email.